I made videos and photos with my cellphone when I was in the train going to Luz Station in Sao Paulo city. This station and way is very important to the history of Sao Paulo city. In the past, the city was smaller and poor, but the coffee barons had working to the growing up the city that gave progress and prosperity. The new station was built from 1895 to 1900, it´s a symbol this period together Júlio Prestes Station, in the neighbourhood. Now Sao Paulo is a great metropolis in the world such as New York and Tokio, for example.
In this proposal, exploiting the potential of the city as a place open to discussions about individual and collective memory, whose space is chosen the train station, meeting point and starting a new symbol, the link between cities and people, among many individuals, whether travelers or passers-by only.
In this context, the Playstation series has seen the city so lyrical, surrealist aesthetic image, where the gaze of the camera and filters in existing apparatus, transform the landscape into focus. The contours and details, lights and shadows, mass of colors and shapes, and show evidence of a dream world and even phantasmagorical resulting in an appropriation and reinterpretation of the sensitive and visible reality.
The series was performed on two different days, doing the same route. The first part of the works is displayed here, and the second will be placed soon. 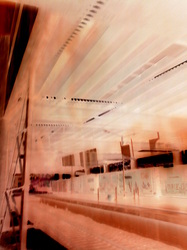 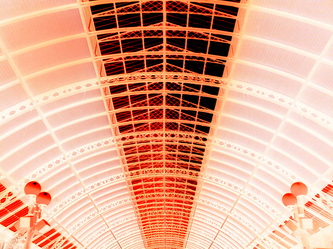 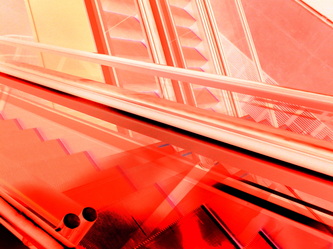